Article about Chinmaya Vidyalaya in T&T Guardian on 3.08.2014 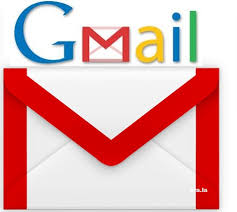 Invest in the child

Don’t just invest on the child, also invest in the child.

To mould the behaviour of an individual is to mould the character of the community. This is what education strives to achieve. I believe that we can give a purposeful direction to a personality even in the days of its almost unconscious early childhood.Later on, no doubt we must hammer out for the child new extensions and open up new dimensions for its play in the society.Whatever the child is to be later on, say a political leader, an economist, a philosopher, a scientific scholar or a glorious artist, his contribution to the society will directly depend upon his character and personality.In our country today, we find that we have mighty intellectuals equipped to act and to serve. Yet, everywhere we find nothing but ineffectual endeavours, crude confusions, a characteristic perversity, a suicidal indiscipline. In short the tragedy of our society today is the tragedy of our indiscipline, I have every hope that the dedicated members of the school will tenderly supplement the right home atmosphere. The present convulsions of behaviour that is observed in all levels of our society can be directly attributed to the unsavory growth of the real personality in the children. If your efforts can start a new movement of mental growth through this new scheme of giving a right lead for the inner expansion of the growth children, we shall have done a wonderful pioneer work in remaking nation of ourselves.